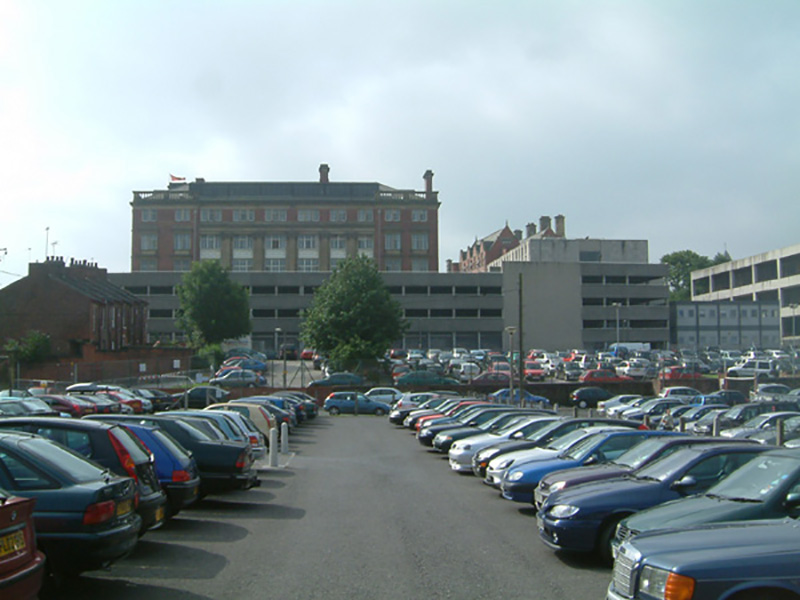 The demolition of this multi-storey car park in city centre of Preston for Conlon Construction Ltd and Lancashire County Council was completed on budget and 3 weeks ahead of the 12 week schedule.

The site was adjacent to the council offices, the magistrates’ court, a health centre and the main line railway and as such was extremely high profile. During the demolition of the car park, the health centre staff were decanted to a temporary unit set up in the county council grounds.

Full height scaffolding was erected to the section of the car park closest to the health centre to allow the car park to be deconstructed. To maintain the safety of our operatives, a remote-controlled “brokk” breaking device was used to break out the car park walls and floors into manageable pieces. These pieces were then lifted into waiting skips using our crawler crane.

The remainder of the building was reduced using a Liebherr long reach demolition excavator fitted with a 360o rotating concrete pulverisor. Throughout the demolition period, fire escape access had to be maintained from the council buildings, as did a fire route through to the buildings for fire engines.

Project Gantt charts were posted throughout the project to keep the council employees informed of progress and regular meetings were held with council representatives to address any concerns. At the conclusion, Councillors and council employees alike expressed their gratitude for the minimal disruption from noise, vibration and dust and the efficient and professional manner in which the contract was carried out.