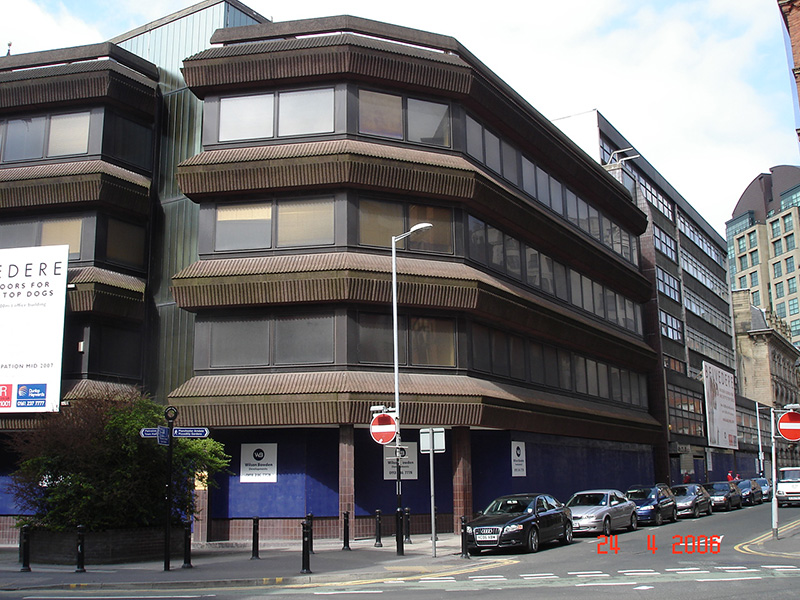 Full height scaffolding was erected to all floors with monarflex sheeting and boarding to the top lifts. The top floors were deconstructed using mini-diggers and bobcats with debris deposited down the lift shaft. The whole of the section adjacent the Lloyds TSB Business Centre was also deconstructed in this manner. The lower floors were demolished using Liebherr 954 long reach demolition excavator fitted with a concrete pulverisor and 360o rotation once the scaffolding had been dismantled. A substantial remedial kingpost system was installed below ground level to retain road & pavement integrity for the subsequent construction work.

Throughout the sensitive phases of the demolition, noise and vibration monitors were place at strategic locations around the site boundary to ensure we were not causing any undue inconvenience to our neighbours.