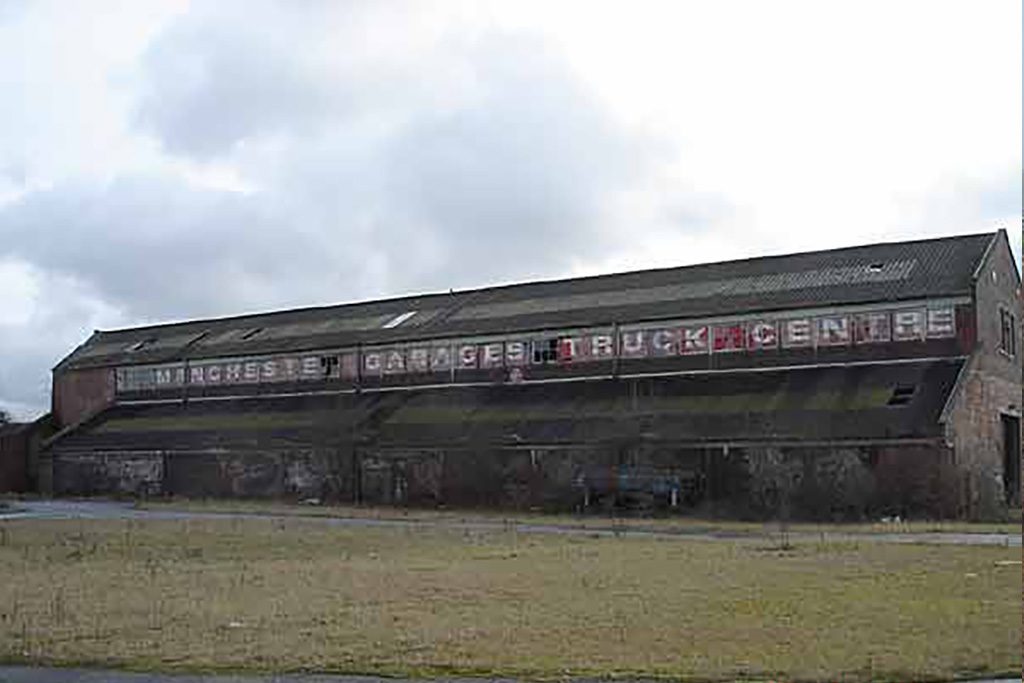 The workshop section of the site was adjacent to the mainline railway between Manchester and London and, as such, the gable elevation had to be deconstructed under the supervision of Network Rail staff.

Once the asbestos cement roof sheets had been removed, a full height scaffolding with debris netting and boards to 3 floors was erected at the gable elevation to facilitate the hand deconstruction.

Once complete and the scaffolding removed, the remainder of the buildings were demolished using a Liebherr 954V Long Reach Excavator fitted with concrete pulverisor with 360o rotation. The section of the showroom which ran adjacent to Gorton Lane was demolished one Sunday morning under a “temporary road narrows” scheme controlled with stop-go boards, with liaison and agreement from the local Highways department.

A further complication was the presence of large amounts of Japanese Knotweed which was dealt with using expertise from a specialist company.

The contract was completed on time and to the satisfaction of the client.