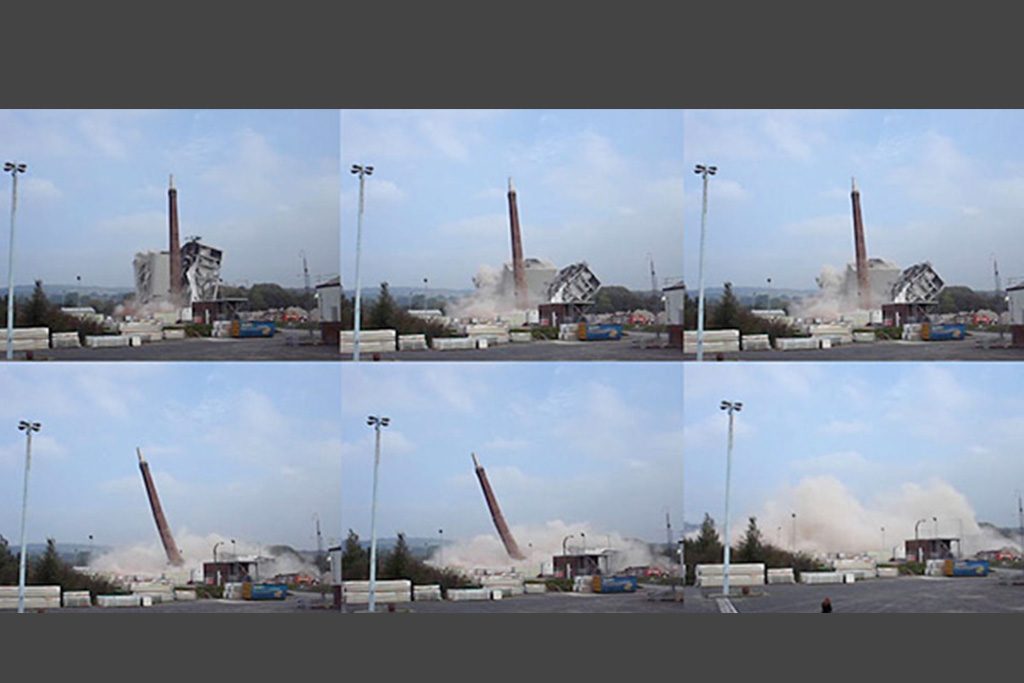 The Building was a mixed usage building of offices, welfare facilities, workshops and manufacturing and storage areas. Various construction types have been used and combined over the years with areas of steel framed, concrete framed and load bearing construction. The external envelope consists of steel cladding, masonry, steel sheet roofing and asbestos and non-asbestos cement roof sheeting.

The building structure was a multi-storey steel frame accommodating a glass factory and associated offices. The superstructure slabs generally were constructed of in-situ reinforced concrete cast on pre-cast units acting as permanent formwork. The slab panels spanned between steel beams.

There were two brick chimneys on site; one of which was previously been reduced in height. The second chimney was approximately 52m high.

Long reach excavators fitted with steel and concrete shears were used to demolish the main section of the building. Once these sections were reduced to the ground, the chimney and batch house were demolished using controlled explosives and excavators were then used to process the remains once they were on the ground. All slab areas were grubbed up and crushed on site using our mobile crusher and the material left in stock piles for use in the development of the site.