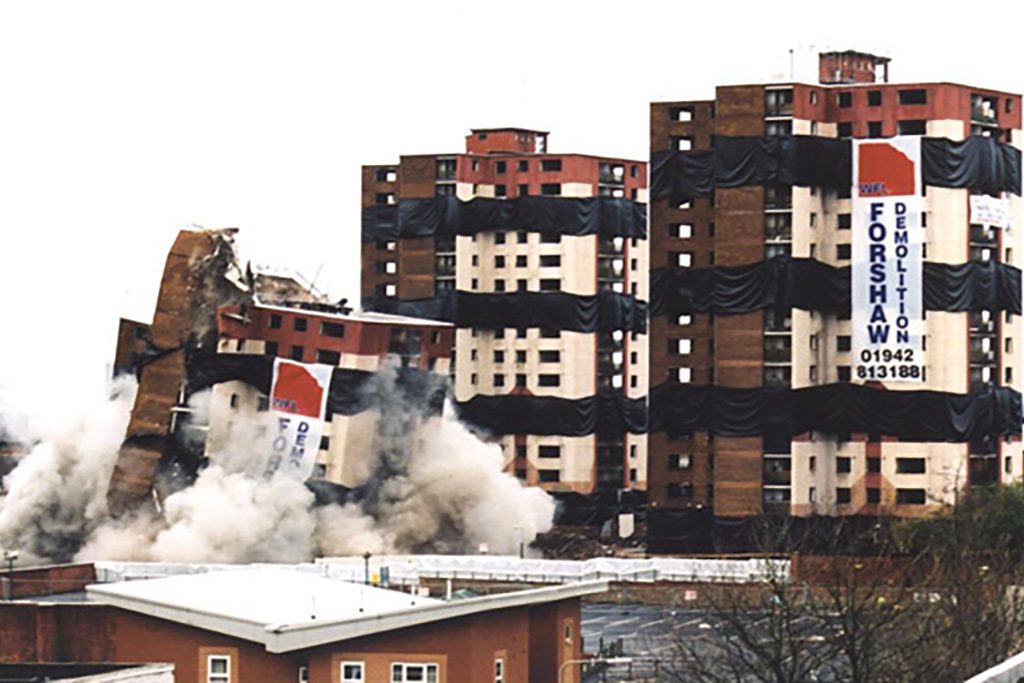 The three structures were condemned as dangerous due to spalling brickwork. They were evacuated in 48 hours and demolished via controlled explosion within 4 months of being declared as dangerous.

Adding to the difficulties on site was a railway tunnel that ran underneath the middle of the site between two of the tower blocks and a listed windmill (the only one in Preston), situated less than 10m away from the third tower block.

The flats were soft-stripped of fixtures and fittings and the asbestos containing materials removed prior to the pre-weakening of the structure. The structures were then demolished using controlled explosives and the super-structure crushed on site. The slab and foundations were broken out to a depth of 4m and the materials crushed on site. The resultant void was back-filled with crushed material and the site levelled.

Despite the difficulties of the contract, on blow down day, the tower blocks collapsed exactly as planned and the project was completed on time with no problems.