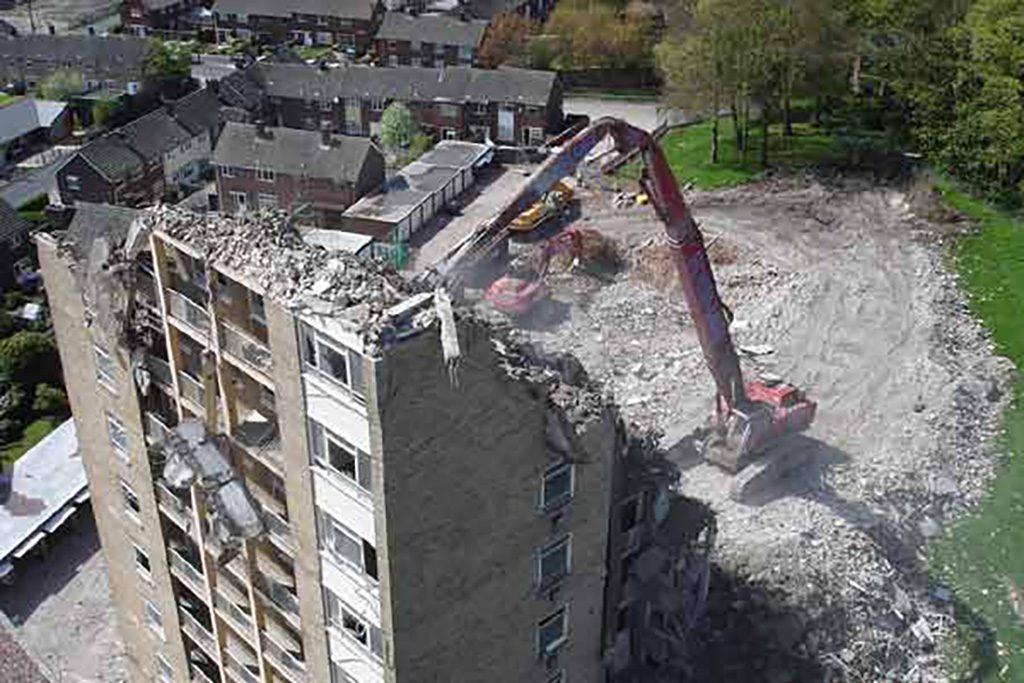 The Community Centre was a single storey brick built structure with a pitched roof.

The blocks were soft-stripped and subsequently demolished in their entirety using our Hitachi EX800 Super Reach demolition excavator fitted with a concrete pulverisor with 360o rotation. The site was levelled and tracked over in preparation for the subsequent housing development.

Over the last few years we have demolished a total of 11 similar tower blocks for the same client in the Liverpool area.