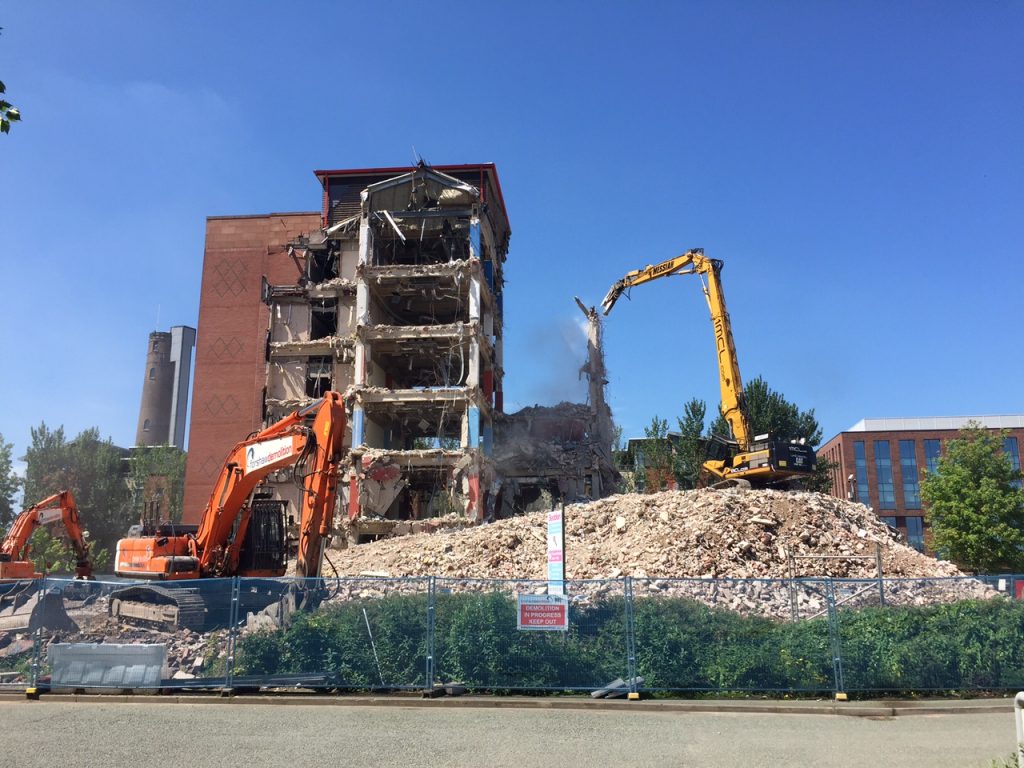 The seven storey building was a 1970’s concrete framed, brick clad office block.  The block was situated in the commercial district in the centre of Chester with the main railway station and railway lines to one side, a large office block to another side and residential apartments to a third side.

The building was soft stripped and any asbestos containing materials removed prior to demolition.  During this phase a minimal site boundary was taken up so as to allow as much of the adjacent car park to remain open for the neighbouring office workers.

With a close number of residential properties and also businesses located in adjacent office blocks, we kept a close eye on our environmental responsibilities.  Dust was kept to an absolute minimum by damping down at source with a water jet attached to the boom of the excavator, as well as a tractor and bowser frequently damping down the demolition debris stockpile.  Vibration and noise monitoring was also undertaken using our own in-house equipment to check that our impact on the neighbourhood was negligible.

The location of Premier House was very close to Chester Railway Station and the various railway lines leading into the station. We provided Network Rail representatives with our preferred methodology and gave them detailed drawings marking the maximum extent of our demolition works to ensure that no demolition plant or material would impact Network Rail territory.