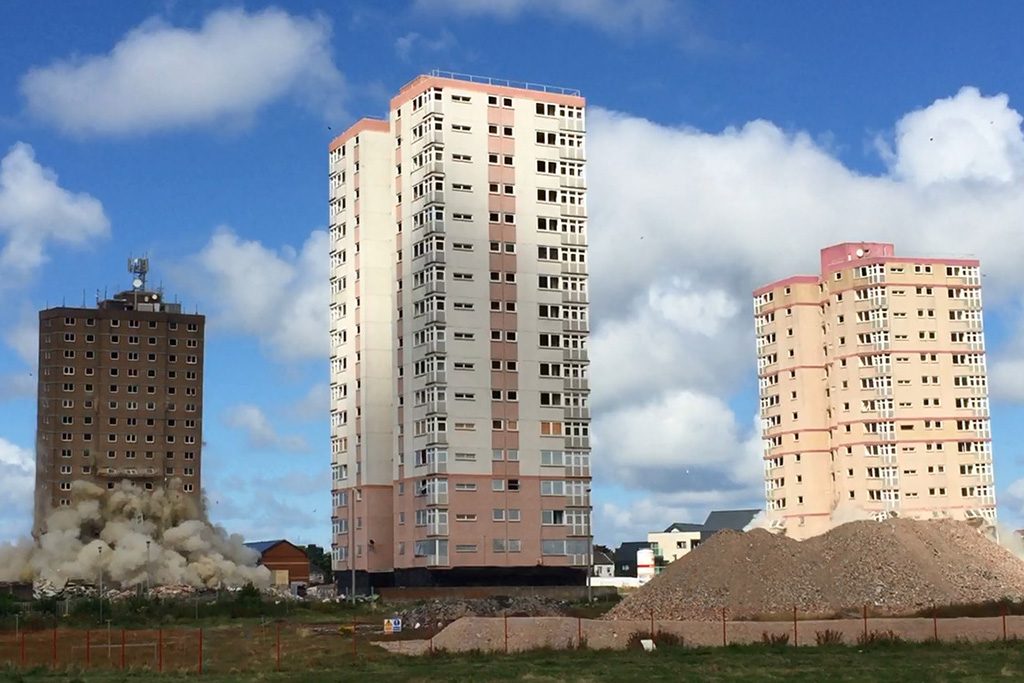 The three tower blocks consisted of two blocks of 17 storeys and one block of 23 storeys were situated in the Queen’s Park residential area of Blackpool. Due to the nature of the structures, it was agreed that the safest method for demolition would be to use controlled explosives.

The blocks were thoroughly soft-stripped, followed by pre-weakening, drilling, wrapping and charging the blocks with explosives. Throughout the process environmental monitoring was carried out (dust, vibration & noise) to ensure that no undue inconvenience was being caused to our neighbours.

Blowdown day was Sunday 31st July and, once all the neighbouring residents within the designed exclusion zone had been evacuated, the blast was activated at 10:30am with all three tower blocks falling as predicted. Once the all clear had been given by the command team, residents were quickly allowed to return to their homes.

The demolition material arising from the work was crushed on site and used in the redevelopment of the site.