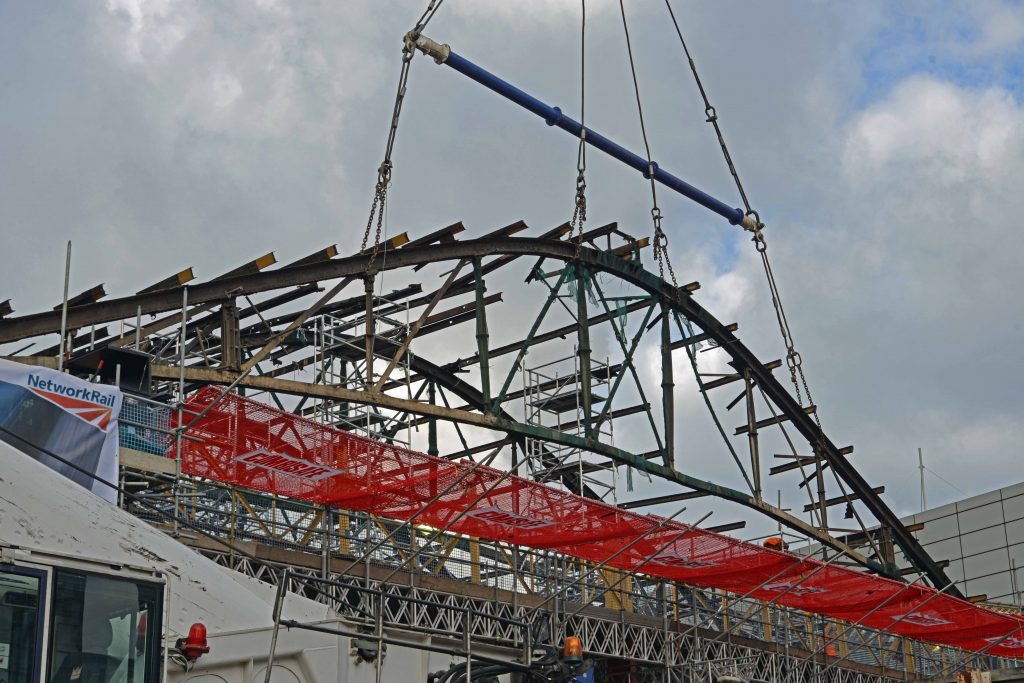 The project involved the dismantling of the four main steel roof spans above Manchester Victoria Railway Station to make way for a new roof. The station concourse below was used as a public thoroughfare to the adjacent MEN Arena and remained live throughout the project, 24 hours a day, 7 days a week.

A massive scaffolding platform was erected below the roof to allow dismantling work to be carried above while the public and trains were kept safe below. The preferred methodology was to lift various sections of the roof down using a crane. Due to physical restrictions on site and the existence of an underground culvert running through part of the site, part of the ground had to be reinforced to create a substantial enough pad for a crane to sit on.

Structural calculations were made to determine the best sequence to dismantle the roof sections, whilst ensuring that remaining sections of the roof were stable. During the day, various non-structural parts of the roof were dismantled to reduce the weight for the various lifts and, during a series of overnight possessions of the railway and Metrolink beneath (although the concourse always remained live to the public), a crane was used to lower sections to the ground.

As work progressed on the different spans of the roof, it became more and more difficult to lift sections down using a crane due to the increased reach required. Therefore most of the fourth roof span was dismantled in to small enough pieces to be manually carried down the scaffold to a skip on the ground.

Despite the proximity of our works to a live station concourse, railway lines and Metrolink, our demolition work was completed successfully and without incident.