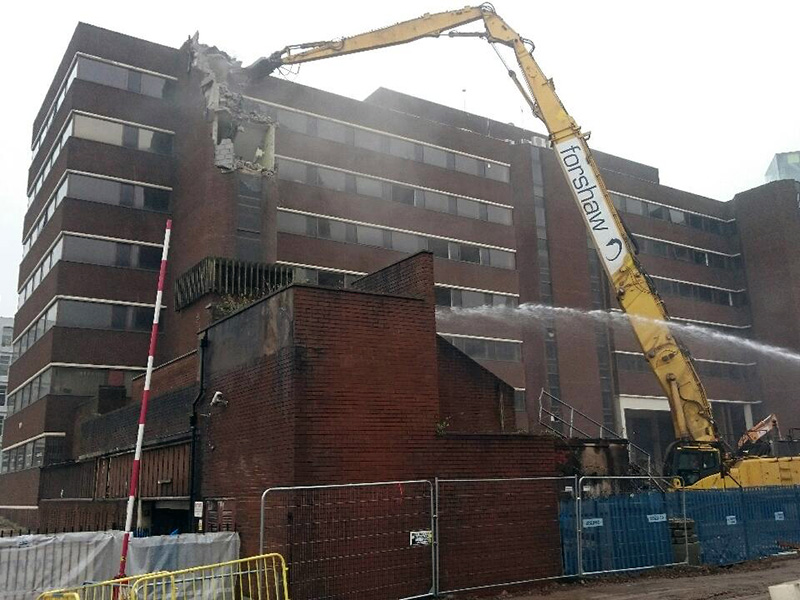 The seven storey building was a 1970’s concrete framed, brick clad office block.  The block was bounded on one side by Salford Central railway station and the other by the River Irwell.  Directly in front of the block was New Bailey Street, a busy city centre thoroughfare and to the rear was the construction site for a new office block and multi-storey car park.

The demolition was carried out above a live, relatively shallow, main sewer which ran across the site so substantial ground protection was put down to prevent damage to the sewer. Pre-demolition and post-demolition remote camera surveys of the sewer were also carried out.

The demolition material arising from the work was crushed on site and compacted down in layers over the footprint of the site. This material formed the base for the follow-on works to create an attractive public realm space.