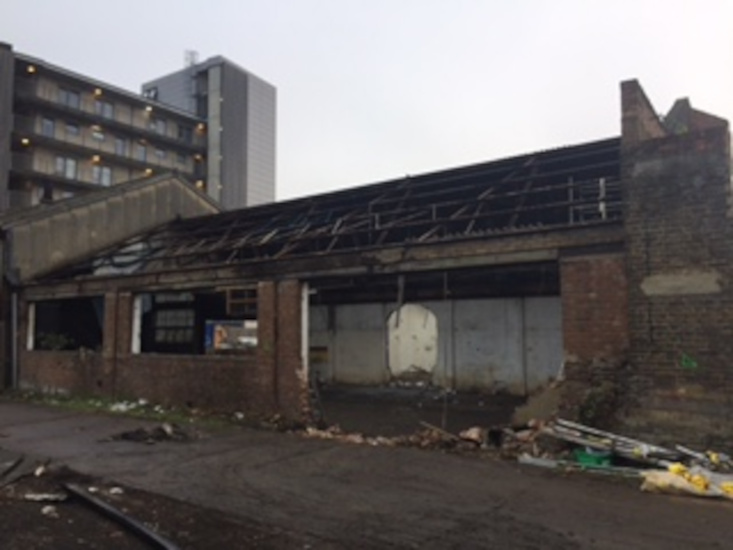 The buildings were initially soft-stripped and all asbestos containing materials removed from site using our own trained asbestos removal operatives. Once stripped out, the demolition of the buildings was undertaken using demolition excavators with a range of hydraulic attachments. The underground tanks were cleaned and removed with the surrounding material and taken to a safe area on site where they could be tested for contaminants by specialist tank cleaning sub-contractor.

In addition, this site was of high archaeological importance and the threat from unexploded ordnance was high so any excavations had to be coordinated with the archaeologist, UXO supervisor and ground investigation specialists.

Demolition hardcore was crushed on site to 6F2 standard and left in a stockpile for use in the redevelopment of the site as a piling mat. New site boundary fencing was erected and service duct work was installed upon completion of the demolition work. A number of borehole inspection windows were identified and protected on site during the demolition phase.

The project was completed on site and to the satisfaction of the client
.